Tower Crane are widely used for lifting operations in the construction industry in Hong Kong. Statistics show that tower cranes contribute to quite a number of serious accidents. Property damage and bodily injuries can be avoided if they are properly used.

This Code of Practice (hereafter referred as this Code) is approved and issued by the Commissioner for Labour under section 7A of the Factories and Industrial Undertakings Ordinance (Cap. 59) (hereafter referred as the FIUO). It provides practical guidance to the industry as to how to use tower cranes safely and properly with a view to assisting the duty holders in preventing accidents.

The provisions in this Code should not be regarded as exhausting those matters which need to be covered by the relevant safety legislation, nor is it intended to relieve persons undertaking the work of their statutory responsibilities. It is important to note that compliance with this Code does not of itself confer immunity from legal obligations.

This Code has a special legal status. Although failure to observe any guidance contained in this Code is not in itself an offence, that failure may be taken by a court in criminal proceedings as a relevant factor in determining whether or not a person has breached any of the provisions of the regulations to which the guidance relates.

Throughout this Code, we have quoted relevant safety standards of the British Standards Institution. However, if there are other national/international standards or provisions which are equivalent, they would be acceptable as alternatives. In addition, statutory provisions referred to or cited in this Code are those in force as at 1 August 2011.

The tower crane in this picture has climbing ladders attached to the mast section, which is used for tower crane climbing.

The tower crane still looks good in the adverse weather, the crane has A frame and with cabin in the middle of the tower.

It seems to be a big construction site as at least 3 tower cranes we can see in this picture, the tower crane that close to us has a cylindrical tower above the slewing mechanism.

Classic picture for a tower crane which shows the beauty of the tower crane.

A large construction site with 4 tower cranes there, 3 of them are flat head and the other one is hammer head, the tower crane are apart from each other so they can work on their own responsible district. 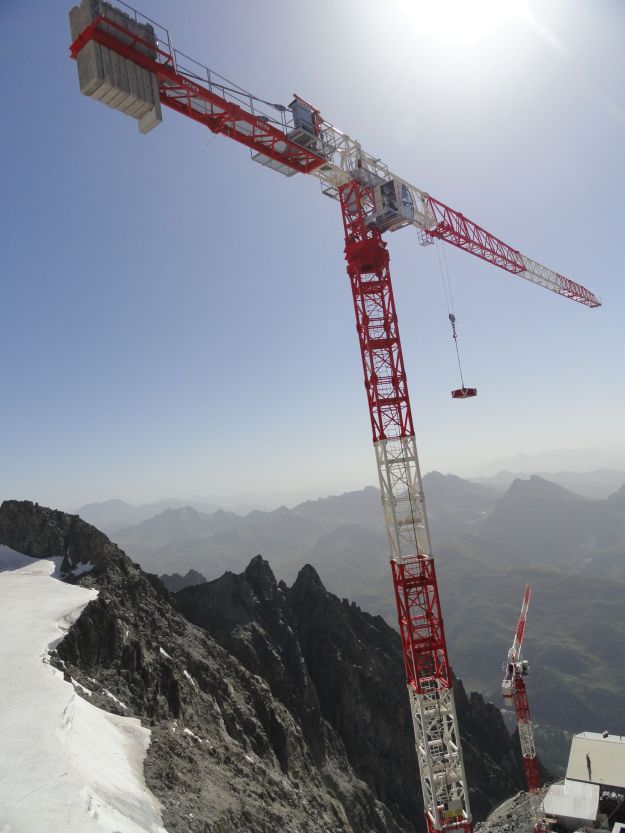 Two tower cranes on the middle of the hills, it looks cool but one may wonder about how they are erected and how to dismantle later. Transportation of tower crane via the road along the hill seems impossible.

This movable luffing crane works in the pier, it is lifting up a container in the picture, the crane can lift up a load and move to another place for unloading, because the crane base is a truck base with many wheels, the truck base has outrigger to extend during the crane operation. 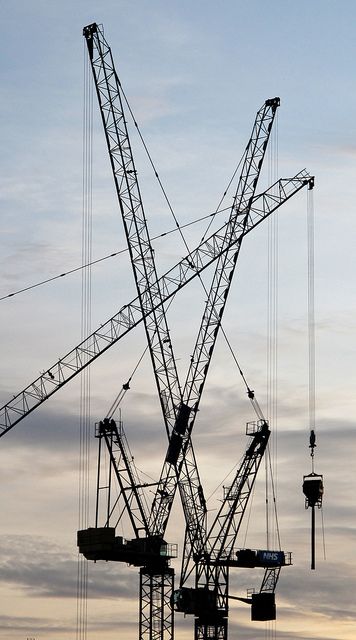 The two tower cranes in the picture, they seem to be so close to each other, an anti collision system should be strictly implemented. 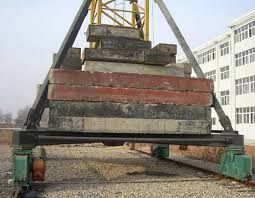 The tower crane in the picture is sitting on a chassis which are attached on the rail system. The counter weight are put on the chassis for balance, to avoid the overturning of the tower crane.